The aim of this research was the analysis of the effect of a dam height raise on the water quality of a tropical reservoir used for drinking water purposes in Southeast Asia. A particular focus of this study was the analysis of iron and manganese concentrations, a common problem in drinking water reservoirs, which can be released from the sediment under anoxic conditions. Analysis of iron, manganese, pH and ammonia were performed over a 5-year period from daily water sampling at the reservoir. In addition, high frequency monitoring data of nitrate, ammonium, pH and blue green algae were obtained using a monitoring probe. The results showed that due to the raising of the dam water level, previously toxic sediments became submerged triggering an increase in iron and manganese in particular due to the establishment of reducing conditions. Manganese concentrations with values up to 4 mg/l are now exceeding guideline values. The analysis strongly indicated that both iron and manganese have a seasonal component with higher iron and manganese concentrations during the wet season. Over a three-year period afterwards concentrations did not go back to pre-raise levels. The change in water quality was accompanied by a change in pH from previous values of around 5 to pH values of around 6.5. This study showed that the change in water quality, in particular iron, manganese and pH due to the establishment of reducing conditions can have long-term effects on the water quality of a reservoir. 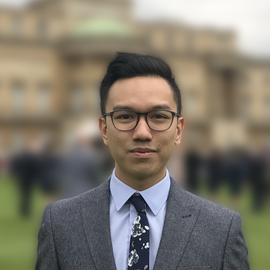 My research interests include statistical theory, methods and computation, with applications towards the social sciences.